The festival will open with a performance in the sky by the Spanish Voalá ensemble. In its eight days, the festival will feature a world premiere by the French Galapiat Cirque, a surprising and unrepeatable alliance of two leading Czech ensembles, the premiere of A Skywalk Over the Vltava documentary as well as a rich accompanying program.

The grand opening of the festival will feature an exceptional show by the Spanish Voalá ensemble performed twice in a row. Another foreign ensemble, Galapiat Cirque from France, returns to Letní Letná after eight years to put on a world premiere: the Czech audience will be the first to see their brand new L'âne & la carotte - The Donkey and the Carrot.

Of course, the program of the Letní Letná festival will also include the best of the Czech contemporary circus scene. Losers Cirque Company and Cirk La Putyka are preparing a surprise for the festival visitors: a joint improvisation which will be performed for the first and last time at Letní Letná Light. This unique experience will be the first creative meeting of these leaders of Czech contemporary circus.

Despite its "light version" label, the festival program features a number of interesting accompanying events. Even in this troubled year, Letní Letná keeps children in mind and presents two children's stages instead of the usual one both of which will offer several performances a day.

Letní Letná Light runs from August 18 to August 25 in Letenské Sady, Prague. You can find the festival program here. Tickets are available here.

THE PROGRAM WILL RECEIVE ADDITIONAL UPDATES. 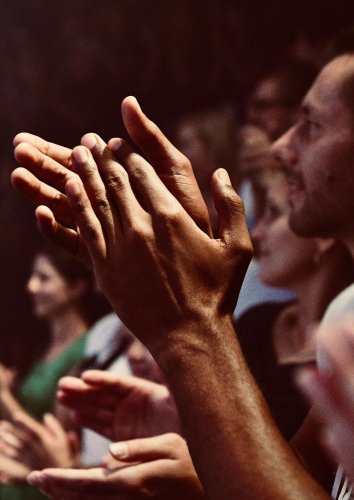