Letní Letná in cooperation with Czech Radio Vltava organized a live online debate about the creation of A Skywalk Over the Vltava (Provazochodkyně nad Vltavou)  film which documents the opening of the 16th annual Letní Letná and takes a look behind the scenes of the festival.

What motivated the organizers to create a documentary about the longest rope-walking event in the Czech Republic? What is the story behind the undertaking? And how does Tatiana-Mosio Bongonga reminisce about the feat?

The guests were: Tatiana-Mosio Bongonga, the ropewalker who crossed the Vltava River with no safety harness at the height of 35 meters in August last year, the organizers of the Letní Letná festival - Jiří Turek (festival director), Ivana Pěkná (festival manager), Zuzana Cajtlerová (production of the festival opening ) and the crew of the documentary - Václav Flegl (sound engineer), Jakub Voves (editor).

The debate was moderated by Veronika Štefanová.

The debate is in Czech. The link is here. 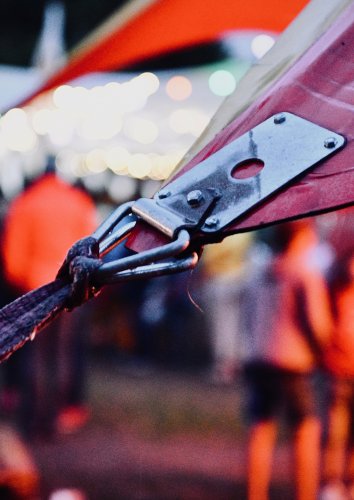