Tatiana-Mosio Bongonga, who crossed the Vltava river at the beginning of last year's edition of the festival Letní Letná, will again amaze the Czech audience after one year. This time as the heroine of the documentary Skywalk over Prague.

At the opening of the festival Letní Letná in 2019, 30,000 spectators watched Tatiana-Mosio Bongong as she crossed the Vltava river on a 350-meter-long rope. At height of 35 meters and without protection! Not only about this incredible "walk" is the documentary Skywalk over Prague, which was produced by Letní Letná.

The festival will premiere the unique film on August 20 with the personal participation of Tatiana-Mosio Bongonga and other creators, all of whom will be involved in the following debate. The Open Air screening will take place only once, it is accessible free of charge, but the capacity is limited for safety reasons, so those interested must not forget to book tickets on the festival website. 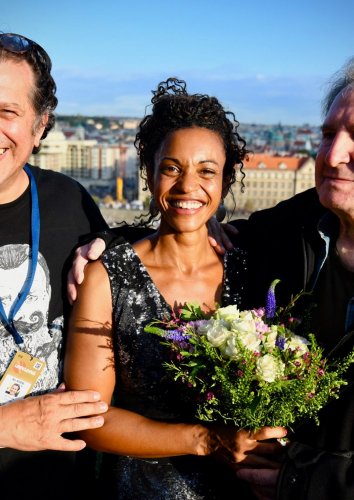