Skywalk above the Vltava river

Last year's 16th edition of the International festival of the contemporary circus and theater Letní Letná prepared a grand opening. The festival was started by the charming French tight-rope walker Tatiana-Mosio Bongonga, who walked high over the Vltava from the Faculty of Law to Letná without security rope.

The backbone of the program consisted of four top foreign ensembles, whose performances perfectly illustrated the diversity and huge artistic scope of the new circus. Canadian Cirque Alfons introduced Tabarnak, full of energy and humor, a unique group of 17 artists presented Projet.PDF, in which they focus on strong women's themes. Cirque Aïtal Through its performance Saison du Cirque (Circus Season), it invited visitors to a world where traditional circus meets contemporary. And last but not least, the T1J ensemble (Théâtre d’Un Jour), which uniquely connected theater, acrobatics, and singing and created an extremely powerful performance.

The festival is based on the fact that it is an important platform of the Czech contemporary circus scene and tries to support domestic ensembles and artists. In addition to renowned ensembles such as Losers Cirque Company and Cirk La Putyka, a number of other Czech ensembles, such as Collective Momentum, Holektiv, Bratři v tricku, Squadra Sua, Cink Cink Cirk, VOSTO5 and others, had the opportunity to introduce themselves to the general public. Also this year, there were themed evenings Cirksession and Juggling Gala Show.

A total of 60,000 spectators attended the festival and another 30,000 watched the opening ceremony. 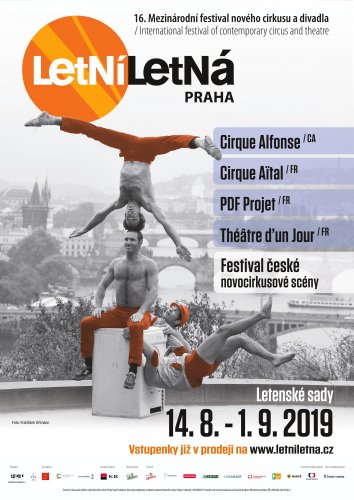